'Beyond the Sacred Mountains' Poetry

​* All the photographs illustrating the poems were taken by David + Lynne Stott unless otherwise indicated.
© 2016 David A. Stott All Rights Reserved 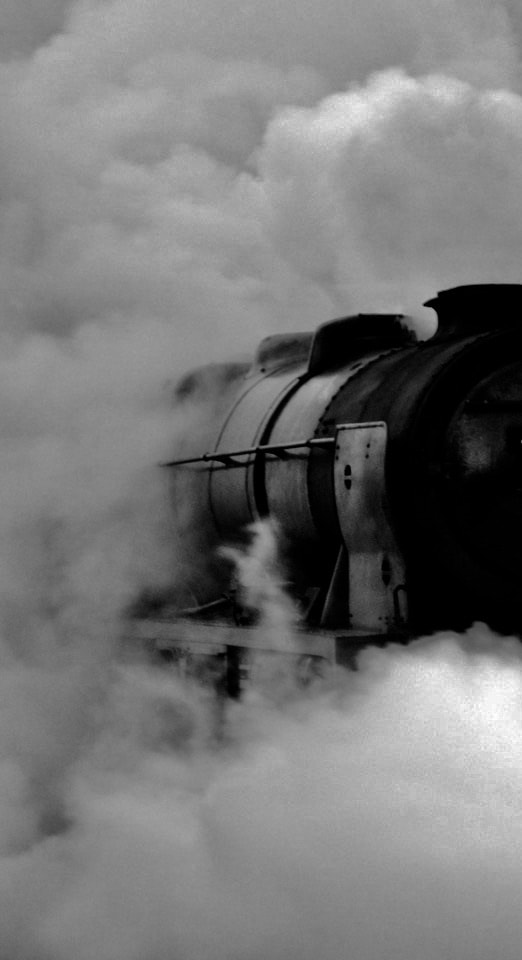 ​
* Sometime in the early 1960's I witnessed an amazing event that coincided with the end of the steam age on our railways. I was about ten years old. I remember it was night time.  I was walking down into my local village. As I approached The Arches, a railway viaduct leading to Littleborough station, I suddenly stopped. High up, above the arch over the A58, a partially derailed steam engine was enveloped in a mass of steam and sparks. Eventually two other coupled steam engines arrived to attempt to haul the derailed engine back onto the rails. It was an awesome sight!
​* photos courtesy of Wikipedia
​ 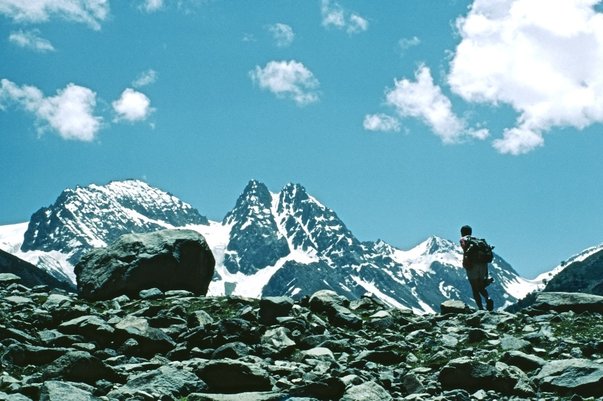 ​Beyond the Sacred Mountains 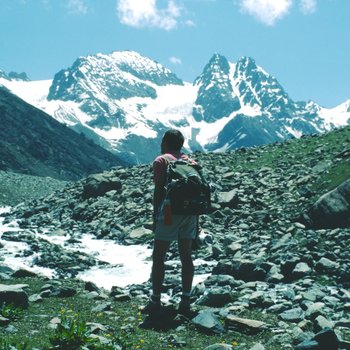 Over the rainbow, beyond the Sacred Mountains, lies the Valley of Dreams.
Billowing clouds hang heavy in the foothills of normality.
Clouds roll back to reveal rare moments of clarity.

Emerging from pine and willow I ascend the stony path.
​Pausing at the pass between the Mountains of my Mind.
Moments to glimpse unknown summits.

Staggering blindly I return down through dense thickets of bamboo.
Time to gather strength for the journey of a lifetime.
Sweet sounds gently calm my weariness.

Shining the glow over the hidden pass beckons.
​I know the way.
I have trodden the path.

Once more the mountains will hear the crunch of my boots.
I climb the trail between the Towers of Silence.
My yak laden with bundles of flowing words and sweeps of colour.

Crossing the glacial threshold,
beneath the rainbow,
​I wander beyond the Sacred Mountains. 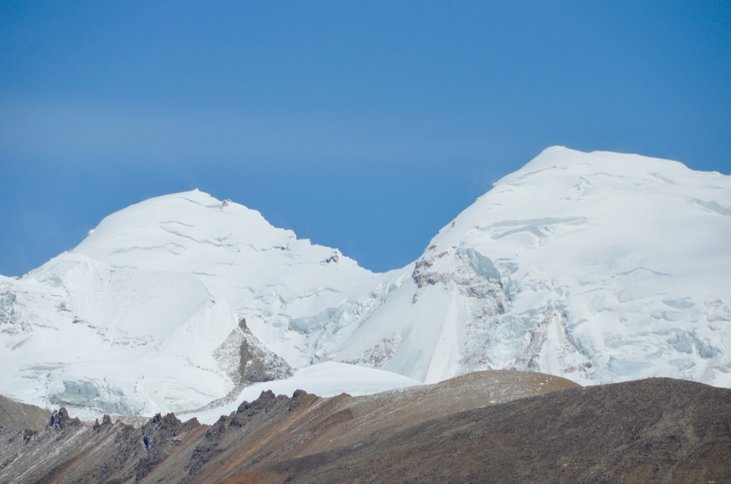 * In April / May 2016 we travelled overland in Tibet. On Sunday 1st May we drove north from Lhasa on our way to Lake Namtso. For several hours we skirted the southern edge of the Nyenchen Tanglha mountain range. We stopped for a break at the closest point to Nyenchen Tanglha Feng which at 7162 metres (23,497 feet) is the highest peak. The entire area was covered in clumps of brightly coloured 'wind-horse' prayers flags. We eventually crossed the Nyenchen Tanglha over the Largen La pass at 5190 metres (17,027 feet). Descending from the pass we arrived at Namtso 4178 metres (15,479 feet) the highest salt-water lake in the world. At Namtso, where we stayed overnight, we had incredible views of the northern faces of the snow-capped Nyenchen Tanglha range.
​ 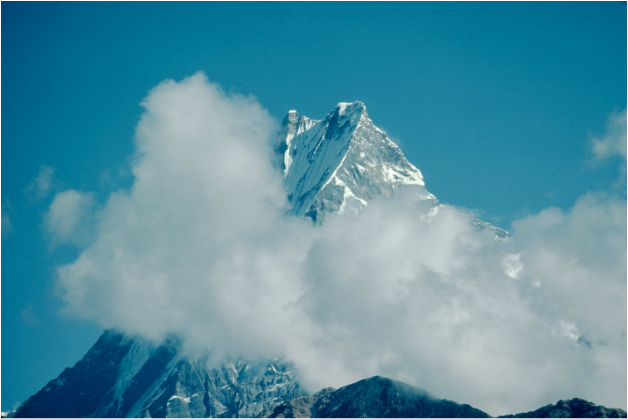 Early light creeps across crisp sheets of fresh snow.
Transparent tears drip to the heartbeat of the mountain.
Sheer scales drop from its twisted tail.
Chilled turquoise dances with purified alabaster before plunging into a yawning crevasse.
Crystal waterfalls cascade into deep glacial pools.
Ancient icy swirls emerge from frigid hollows.
Sparkling bubbles meander in braided streams of champagne.
Youthful surges splash and swirl between frozen pinnacles.
High above glistening flurries fold into a summit of sweeping drifts.
Frosted flakes lift the soul of the sacred peak in a spiralling plume of spindrift.


* In December 1980 we trekked in the Annapurna region of Nepal. Our ultimate goal was the Annapurna Sanctuary.
En-route to this high glacial basin our eastern horizon was dominated by the peak of Machapuchare.
This majestic mountain, also known as the 'Fish Tail', is revered by local Nepalese.
Machapuchare has never been climbed to its summit. The only attempt in 1957 by a British team stopped within 150 metres
of the summit. Since then the mountain has been declared forever sacred and is now closed to climbers. 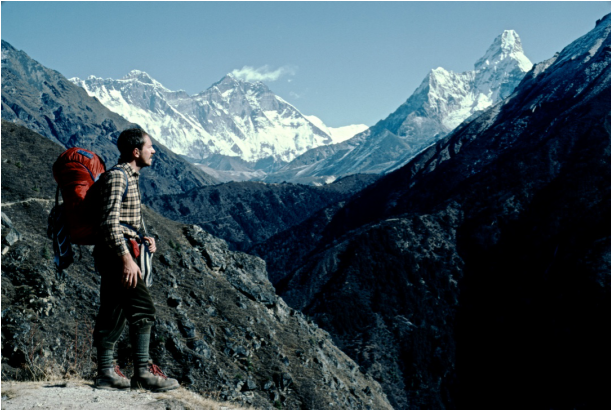 ​Breathing heavily through a slow motion landscape.
Eerily quiet except for the soft crunch of my boots.
​Years of dreaming, yet clouds hang heavy in the Upper Khumbu.

Staring in awe and wonder, dream accomplished.
First view of Everest infinitely etched across time.
Once again clouds descend to shroud the Himalayas.


* In December 1982 Lynne and I trekked with friends in the Solu Khumbu region of Nepal. Our aim was Everest Base Camp on the Nepal side of the world's highest mountain. Due to some members of our party suffering from altitude sickness we had to stop at Dingboche, within one day's hike from the base camp. We had agreed before the trek that we would remain as a complete group if several members of the group were to become ill because of the altitude. Nevertheless Dingboche is a spectacular location under the ice ramparts of Nuptse and Lhotse. After early morning clouds obscured the Himalayan peaks the sun finally burned through revealing Ama Dablam, then Nuptse and Lhotse and finally Everest. I had achieved my lifetime ambition of seeing Everest!
​In May 2016 Lynne and I returned to Everest but this time on the Tibetan side of the world's highest peak. We ascended the moraine of the Rongbuk Glacier under the north face of Everest. It was an awesome experience enabling me to follow in the footsteps of my heroes of the 1920's British Everest Expeditions. 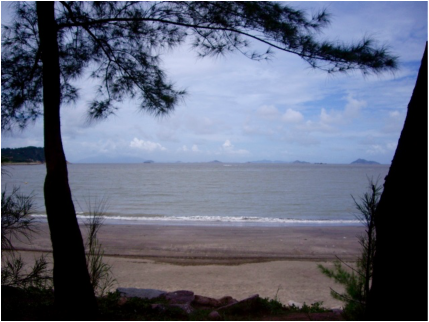 * We were staying on the island of Coloane during a week-end visit to Macau with friends. Macau was a one-hour jetfoil journey from Hong Kong. Hac Sa is a black sand beach. Hac Sa is Cantonese for 'famous black sand'. The local waters are always muddy because of the influence of the Pearl River Estuary. Fernando's remains one of Macau's most popular and established restaurants.
** Photo courtesy of Adrian Ho 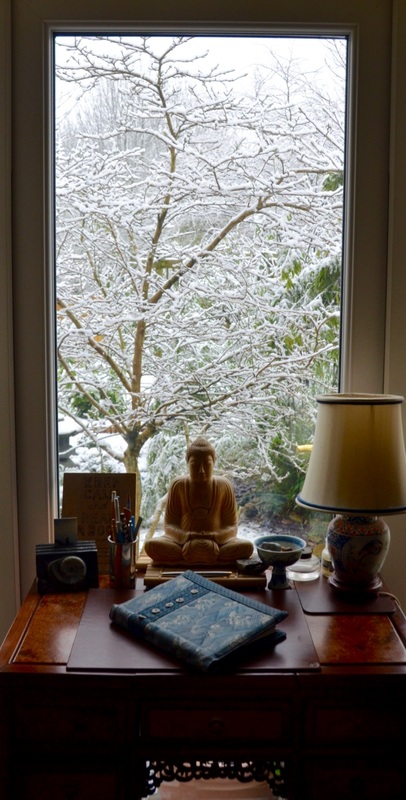 Now!
Now my ink flows onto silken paper.
Now your eyes follow my words.
Now your now is my future.

Now is writing at my oriental desk.
Now is words echoing amongst my treasured books.
Now is the blossoming star magnolia swaying against the black bamboo.

* I wrote this poem to celebrate my love of travel and writing. The places are just a brief selection of some of the incredible places we have been fortunate to see on our travels. I love writing my journals with my fountain pen. I usually sit at my writing desk looking out at the magnolia and black bamboo. Around me are shelves of books about the Himalayas, Mount Everest, travel and poetry.
​

* This poem was inspired by seeing an awesome dawn transform the summit snows of the world's third highest peak, Kanchenjunga, from Gangtok in Sikkim in 1994. 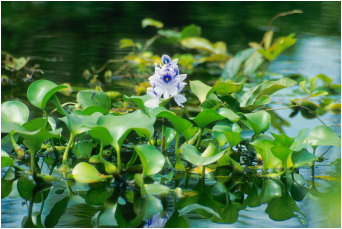 ​
* On a hot day in 1978 a Lebanese friend and I went for a swim in the Jarahi River. The title reflects the amazing experience of floating downstream surrounded by hyacinths. The river was close to the town of Bandar Mahshahr in the province of Khuzestan in the south of Iran. The Jarahi flowed down from the Zagros Mountains, across the flat desert plain, before entering the Persian Gulf. We were teaching at the Bandar Mahshahr International School. We escaped the Iranian Revolution in January 1979.
* photo courtesy of Wikipedia 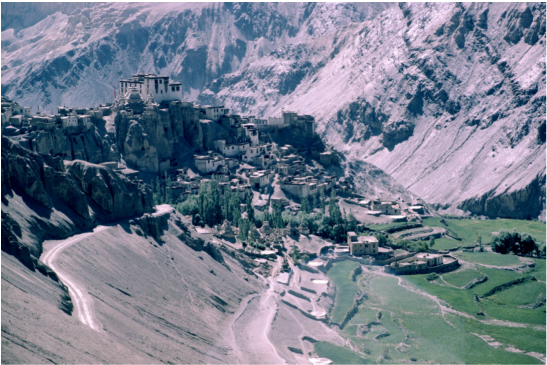 * This poem was inspired by a visit to the ancient Buddhist monastery of Lamayuru in Ladakh in 1985. We had just crossed over the 4108 metre Fotu La Pass on our spectacular two day road journey over the Himalayas from Kashmir to Leh. 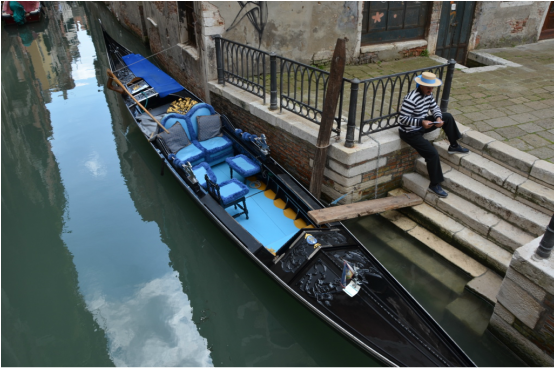 I open the door
and enter.
Filtered sunbeams
illuminate
floating dust
​across the palazzo's past.

Beyond velvet drapes
the 'Stones of Venice'
crumble
into
sparkling waters.


​
* This poem was inspired by John Ruskin's study at Brantwood situated above the waters of Coniston in the Lake District. The room was full of memorabilia from his life, scientific work and travels. He was particularly fond of Venice and its magnificent architecture. I was drawn to his battered leather writing case and passport holder. We spent a week in Venice in the spring of 2013. 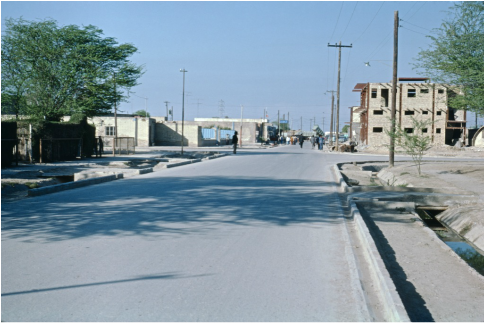 Condemned,cocooned,
beside the croaking dube
a shadowy figure
crouches
praying.

​
* In late 1978 and early 1979 we were caught up in the Iranian Revolution. We were living and teaching in the far south of Iran on the Persian Gulf. Towards the end of our time in Iran there were regular demonstrations in the streets around where we lived and also near our school.
A 'dube' is the name of the concrete rainwater channel at the side of the road. Most of the year they were dry but when the rains came the sound of frogs in the dubes was amazing! 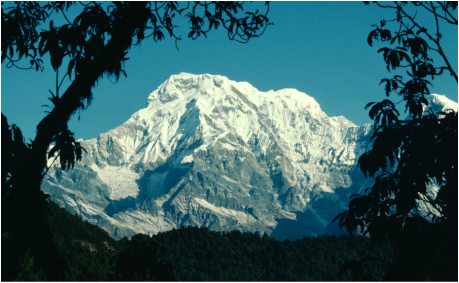 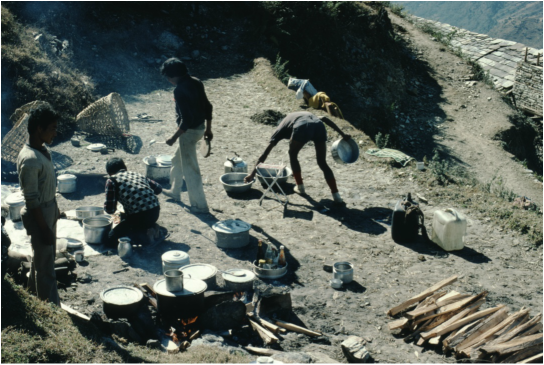 Shining
amongst sooted clouds
my battered shell
summits
the woven basket
to climb
the Annapurna Trail.


* The trek kettle was always on the campfire on our trek to the Annapurna Sanctuary in 1980. The Sherpa call of "Morning!" outside our tent, in the darkness before sunrise, meant the arrival of a welcome tin mug of wood-smoked tea. in the evening the kettle bubbled on the campfire heating up the raksi rice alcohol to accompany the Sherpa songs and dancing. 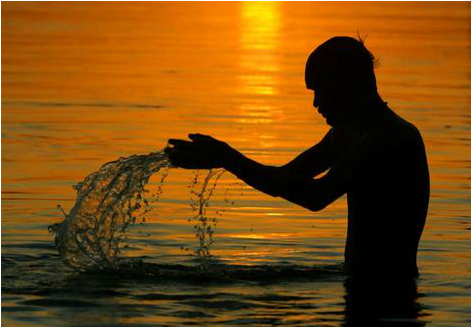 Samdhya . . . . sunset
Ganga
sighs as she floats
across
braided mangrove channels
her brackish waters
unaware of the approaching
monsoon deluge.

​
* I have always enjoyed our travels in India. I am fascinated by the River Ganges and its journey from the Himalayas to the Bay of Bengal. I was inspired by the stages in the life of the Ganges being compared to different times during the course of a day. I hope my attempts at Hindi are correct! 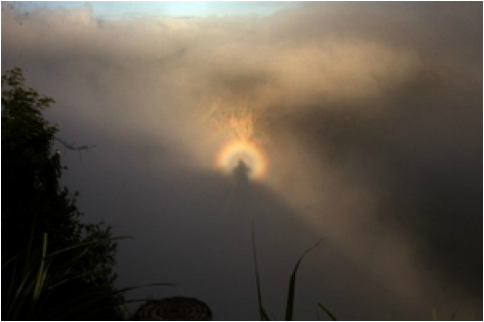 Beyond physical presence my inner journey imminently manifested.
Bursting out a streaking beam of brilliant sunshine pierces the wooded spine.
Simultaneously banks of damp vapour are instantly bathed in bright magnesium radiance.
Dazzling light illuminates washed airborne tints to create a truly perfect circular rainbow.
Astonishment as my shadow appears within its floating disc.
The dawn of the eighth day of the fourth moon.
It is the Buddha's Light!

​
* This poem celebrates an amazing natural phenomenon I experienced in May 1990. At the time I was working at Bradbury School on Hong Kong Island. As we lived in Fo Tan in the New Territories I had to leave home very early to avoid the traffic jams in the Harbour Tunnel. Some days I was so early that I had time to drive up to the Lookout near the summit of Victoria Peak. It was a time of reflection and meditation. That particular morning a shaft of brilliant sunshine from the sunrise behind me hit the moving thick mist directly in-front and below me creating a perfect circular rainbow. I was awestruck when I realised the head and shoulders within the circle was my own shadow! In China this experience is called the 'Buddha's Light'. Even more incredible is the fact that the next day we read in the South China Morning Post that Buddhists in Hong Kong had been celebrating the Buddha's birthday on the very day I witnessed this awesome sight! 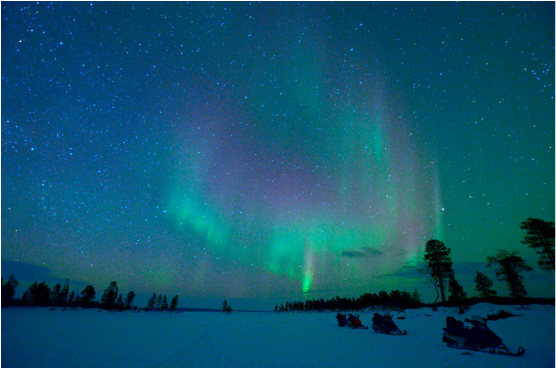 Snuggled within the undulating frozen shoreline of Inari
​isolated Nellim settles into the creeping glow of the Arctic twilight.
Winter darkness envelops the desolate lakes and forests on the edge
​of the Vasari wilderness.
Silently the frigid lake waters empty out into the meandering Paatsjoki
gliding northwards to the barren wastes of the Barents Sea.

Eerily ascending over the star studded dome swathes of incandescent gossamer
merge into a symphony of auroral enchantment.
Beneath the sparkling diamond vault glowing flames dance in a halo of Sami
​firelight amongst the dark lakeside firs.
​Plunging cold intensifies penetrating the petrified landscape with a floating
haze of motionless ice dust.
High above the astral dance sweeps across in nebulous  braids of pulsating light.

Roaring synchronised energy powers our convoy of glistening
snowmobiles homeward bound into the biting depths of the polar night.
Icy stillness returns to the frozen expanse of Inari.


* In February 2014 we spent an exciting week in the isolated village of Nellim, beyond the Arctic Circle, in the far north of Finland. During the day we were cross-country skiing, snowmobiling, snow-shoe hiking, husky sledding and ice fishing. However we spent the evenings aurora spotting! We were so lucky to see the 'northern lights' over several nights. They were truly awesome! The highlight was snowmobiling 25 km out onto the frozen Inari Lake to watch the aurora in the crystal clear starlit skies above. Our Sami guides then lit a campfire in the deep snow of a clearing amongst the firs. It was magical!